Los Gallitos is a Mexican folkloric group composed of trumpet, violins, guitarron (acoustic bass), and vihuela (5-string guitar) featuring male and female singers. The group has earned wide popularity and acclamation through its unique combination of technical and theatrical abilities.

Regular venues of performances include informances at schools and universities, social events, such as weddings, debuts, and conventions in cities all over the US.

Los Gallitos performed for Queen Elizabeth and her entourage when they visited Houston, at the reception for Placido Domingo and Linda Rhondstad after their concert “A Concert for Life”, and opened the show at The Arena for Vicki Carr. Los Gallitos also accompanied the internationally-celebrated popular Mexican singer Ana Gabriel at The Summit.

Notable past performances include:

Los Gallitos was sponsored by NHK Broadcasting Company at the American Festival in Chiba City, Japan. A poll by Yamuri Newspaper determined Los Gallitos the winners of the “Best of the Festival” award.

The Texas Medical Center Orchestra of Houston featured Los Gallitos for their concert “Love is in the Air” at the Wortham Theater and several performances at other venues.

Mariachi Los Gallitos was invited to perform with the Houston Latin American Philharmonic Orchestra for their first Mother’s Day Concert and continues to incorporate mariachi in other concerts.

Mariachi Los Gallitos appeals to a diverse audience carrying on the authentic musical traditions of Mexico while incorporating classical and contemporary influences, including popular forms such as pop, country, and jazz. 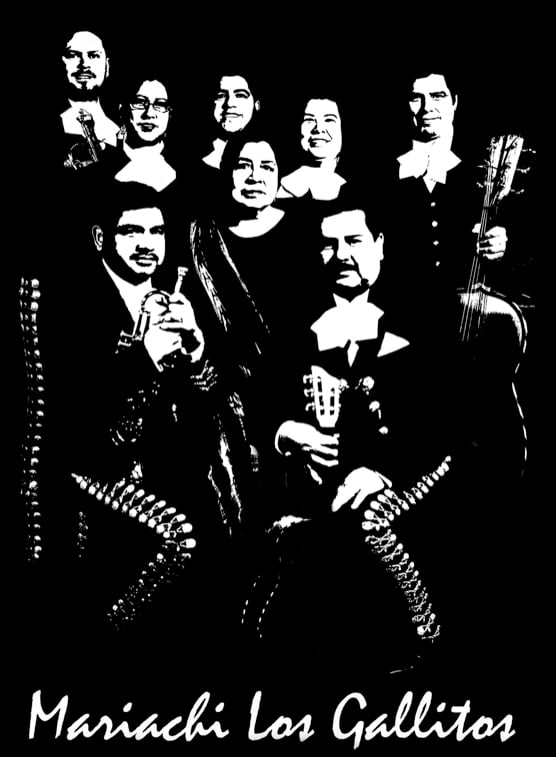